I’m just back from a wonderful,if all too short, New Year’s break in Marrakech, with a good friend, Eileen. She wrote about it so well: “We arrived in Marrakech on Dec 31st in the heat of the African sun. There was no Christian hoopla for the end of 2015. No fireworks, no party favorites. There was instead a piercing blue sky, red dust, the smell of unknown spices and mint tea. Plus the delicious weight of age that disregards the Gregorian calendar …….. “And there was colour…..Such beautiful colour. It felt like I was looking at something that was squeezed from the source.” 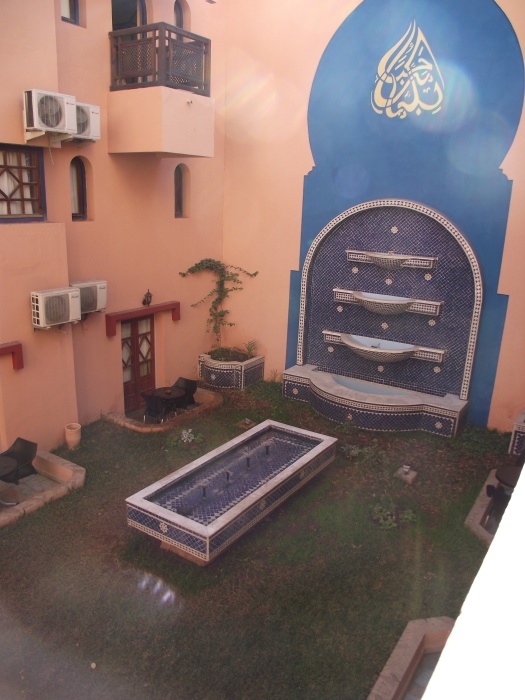 The fountains in the inner courtyard of our hotel were a soothing aural backdrop, which were switched off around 9 p.m. (This reminded me about how Sellafield nuclear plant doesn’t have the usual alarm system, instead they have a constant background sound, and when that stops it’s an emergency…it is remarkable how much more one responds to instant silence.)

The sounds of the fountains were often replaced by the sound of cats….there are cats everywhere in Marrakech, slim, but not scrawny or starving…great hoovers around the food stalls, not pestering people and very engaging.

Enticing alleyways can get you wonderfully lost…Moroccan people are very friendly and helpful, but you may want to decline graciously when they want to take you  to a relative’s shop, unless you have time on your hands….

I was really looking forward to revisiting the Jardin Majorelle, a botanical garden created in the 20’s and 30’s by french painter Jacques Majorelle, and later owned by Yves Saint Laurent. We should have gone early in the day, as it was like an ant’s nest of tourists, snapping away on their i-pads, which did not enhance the extreme tranquility of the gardens. 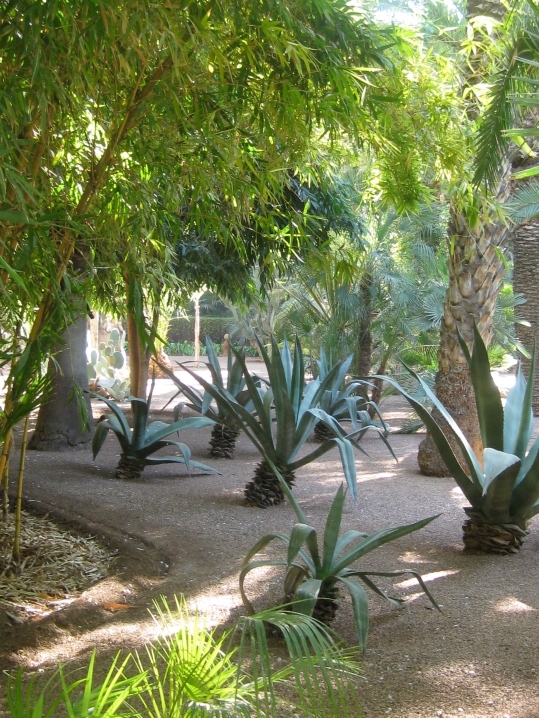 That blue was real! I bought Indigo and Majorelle Blue

pigments, and want to use them to decorate my wooden doors. 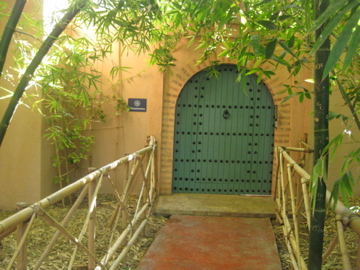 I don’t seek out coolness in Ireland, but in Morocco it is bliss! 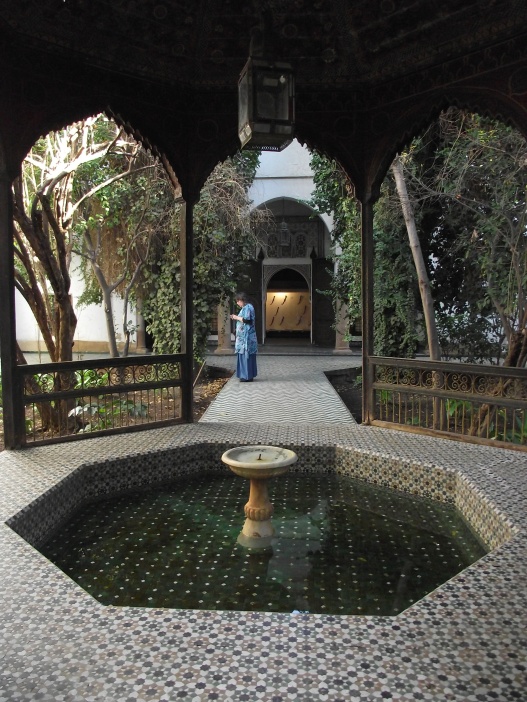 OOPS! I pressed Publish instead of Preview…but maybe this is quite enough to trawl through…Part Two will have the splendid surprise in it!